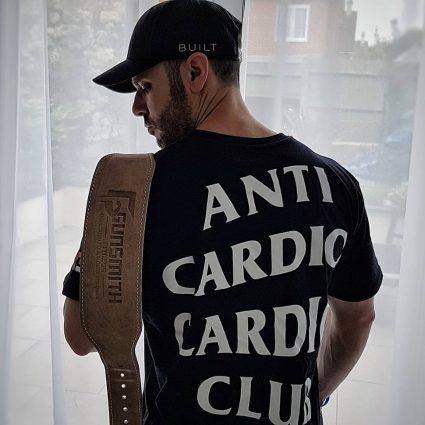 Olympic lifting, sometimes simply called weightlifting is a sport where you complete two lifts, the clean and jerk and the snatch for maximal weight.

In competition, you get three chances in each lift to lift as much weight as you can. 1st place is given to the person with the highest total in each lift, and the person with the highest total combined of the two. It can get a little complicated as weight plays a role in scoring, for example, if lifter A lifted 300 lbs in the snatch and lifter B lifted 297 lbs, but lifter A weights 20 more pounds than lifter B, lifter B would win by virtue of weighing less than lifter A.

Any lift is dangerous if not properly taught, and while Olympic lifts require more technique than most other lifts, they are not difficult to learn, particularly for someone not interested in competing, but merely using them as a tool to get stronger and more explosive. The first lift, the clean and jerk are broken down into two parts.

The clean is the first part of the lift and it starts with the bar on the floor. You want to take a grip around the grooves on most bars and set up like you would for a deadlift with back straight, head back, and hips and butt low.

Next, you’re going to begin the lift by pulling the bar up like a deadlift but with more explosiveness. When the bar levels just below the knees, you want to explode up almost into a jump and guide the bar to the racked position which is across the top of your chest and front of your shoulders. It’s important to be fast as this is a very explosive lift and being slow will cause you to miss the lift.

Once in the racked position, you are going to explode the weight overhead. There are a number of ways to do this, either by a military press which is the hardest since you are not including any leg drive. The press is simply a military press but you are using a hip and leg drive to get the bar up, therefore, allowing you to lift more weight.

A 3rd style and the most popular at least in competitions is the split jerk. In this you will explode up with hip and leg drive while at the same time splitting your legs, meaning one leg goes back and one slightly forward. This technique is difficult to learn and master but allows you to use the heaviest weight possible. There are many other fine points to this lift but for your purposes and to keep it as simple as possible that’s it.

The snatch is the second of the lifts and is quite different from the clean and jerk. You will start with the bar on the ground but with a wider grip, usually outside the rings on the bar. Same positioning as far as back goes, nice and straight, head back, hips/butt down. On this lift, you have to explode right away as you are aiming to propel the bar directly overhead with no stopping like clean and jerk.

The Olympic lifts are a great addition to any lifting arsenal as they are truly total body lifts as I cannot think of any muscles that do not play a part in the lift.