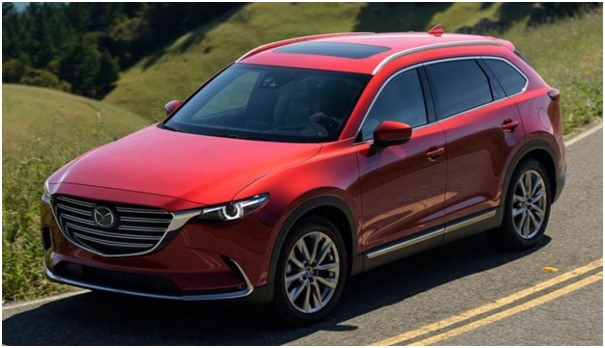 In the year 2016, an all-new CX-9 model from the house of Mazda made its debut appearance on the ramp of the auto show. The launch made a stir in the market of crossovers, mostly because of its  design language that expressed the latest thoughts of the brand  on this vehicle type. Since that time, the model has continued its lineup through its yearly additions and renovations. Now at the second half of this year, we are hearing rumors, from dealerships like the Phoenix Mazda thatthe brand is all set to release the 2020 model year of its flagship model CX-9, and lots of change in the design will take place.

As few minor updates have been rendered on this model since its debut, the Mazda lovers shouldn’t expect anything drastic for its 2020 model release.

Will There Be an Exterior Redesign?

Since Mazda has not announced anything official on the updates to be done on the 2020 model year of the CX-9, all the onlookers can do is expect some enhancements just for the sake of a year that holds a rhetoric. Some experts who are well versed with the Mazda approach to design say that the existing design is still so unique and fresh looking, that Mazda might not feel the necessity to make any severe changes.

How Luxurious will Be the Inside Cabin?

The  existing cabin of the 2019 Mazda CX-9 is already brimming with luxury elements, and if you look at its Signature trim, it all feels complete in itself. The year 2019, however added in the cabins of the  CX-9 the functionalities of Android Auto and Apple CarPlay. A new 360-degree camera too was added to make its competitors jealous. What we could at the best expect from the 2020 Mazda CX-9, is standardization of some features that are still offered as options.

Will the Engine Gain More Power?

Expectations and reality are two different things, that in most cases they oppose each other. In the case of the 2020 release of the Mazda we can expect more power under its hood replacing the existing 2.5-liter turbocharged four-cylinder engine that is now churning 250 of horsepower and 310 pound-feet of torque that run on premium fuel.

Will it Be More Safe to Drive?

The entire lineup of Mazda CX-9 is based on a strong body frame. Mazda took extra precaution to make it more strong and durable, that can withstand the usual challenges of driving. The existing 2019 Mazda CX-9is equipped with loads of advanced safety tech like Automatic Emergency Braking, Blind Spot Monitoring, Power Driver’s Seat and i-Activsense Package that includesadaptive cruise, lane-keep assist, with lane-departure warning, and more. We can expect the 2020 model year of CX-9 to cover some of them as standard.

Although not announced by Mazda yet but heard from some reliable source who serve at the Mazda Phoenix, the most tentative date of the 2020 model year edition of the CX-9, is probably in the month of September this year.