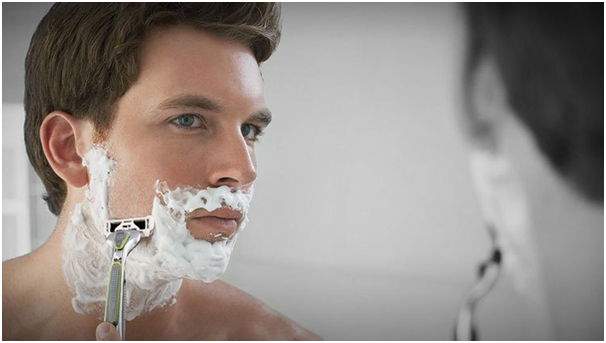 Shaving or grooming your face, in general, is a time consuming and a meticulous task most of the men in the world do every day or at least twice a week. This is never a fun activity we all love to do and are excited towards but a rather mundane necessity that needs to be taken care of to maintain that clean-cut look. Barbasol is an American brand that has become synonymous with a soothing and homely experience in the shaving world with bestselling products like Barbasol sensitive skin shaving cream. The company also produced and sold products like aftershave and disposable razor and was created by an ex MIT professor named Professor Frank Shields in 1919.

History of the company

Before having world-famous products, the company has gone through various ups and downs and is currently owned by Perio, Inc. The rich history of the brand includes:

Barbasol was first manufactured under a separate corporation named Napco Corporation. After shaving cream sales increased, they became larger than Napco and outgrew it, and hence The Barbasol Company was created.

In 1962 however, Pfizer bought The Barbasol Company and everything that came with it. They looked to develop new products along with the existing portfolio and ended up innovating to create variations like sensitive skin shaving cream, soothing Aloe cream, Skin Conditioners and other flavors that did well in the market. But by 1990s, the brand quality diminished and Pfizer looked to sell the brand.

Perio bought the brand from Pfizer in 2001 and is the current owner looking to revitalize the brand. They too created a few new variations like Pacific Rush but mainly sought to perfect the old ones.

The most recent developments from the company have come as sub-improvements, such as different fragrances for the Barbasol sensitive skin products like Mountain Blast and Arctic Chill (menthol).

Other new products include aftershave products and disposable razors in twin-blade, three-blade, and six-blade versions.

The company’s marketing strategy and connect with mainstream audiences

Barbasol became very popular in the market ever since its introduction in the 1920s. Their early days included advertisements in the printed form mostly in the 1920s and 30s. The company has also not been shy in using famous spokesmen like actor Douglas Fairbanks Jr, Baseball legend Babe Ruth and Rogers Hornsby for increasing their profits. In the early days to get their name out there, they even sponsored a car in a mainstream race shaped like the tube of cream. The first car took 166 out of 200 laps before suffering problems. And later generations of the Barbasol car would go on to finish as close as 10th place. The tagline for the brand during this era was “No brush, no lather, no rub in.”

This tagline would go on to become unimaginably popular with the Singing Sam, the Barbasol man (real name Harry Frankel) singing it in a catchy jingle “Barbasol, Barbasol …No brush, no lather, no rub-in. Wet your razor, then begin”.

With an already well established brand and user base that readily spreads the word around for their quality products like Barbasol shaving cream, the advertising it hardly as aggressive as it used to be in the 1920s. The new television ads have however come up with new tag lines like “Close shave?! Better buy Barbasol!”. Recently though they have tried to connect with their US consumers more by reaching out to their patriotic sides and changing “Close shave!” to “Close shave America, Better buy Barbasol!”. This new tagine can be heard in their various sponsored talk shows and podcasts and tried to give people a homely feel for the product.

Barbasolhas also continued to gain popularity with the brand signing agreements with Major League Soccer team Columbus Crew to become their jersey’s sponsor. They are also the main sponsor for the radio network Westwood One that helps spread its radio commercials while on air covering sports events. They have also looked to use more modern ways of advertisements are slowly beginning to create a distinct media presence, including a Twitter handle, among other accounts.