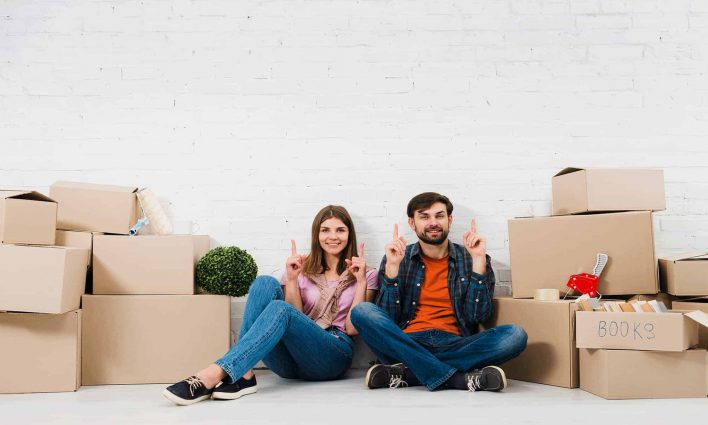 Moving is a process that we all tale up in one time or another. It can be aimed to move from one place to another with the intention of settling, permanently or temporarily. Moving, especially over long distances or from one place to another is a tiring process and brings a lot of changes in one’s life.  The reason for moving may be economic, social, political or environmental push factors are the reasons that make someone decide to move .This is their own experience of life in one place to another which gives them good reason to leave it.

As every coin has two sides so does moving from one place to another has it has both pros and cons which will be discussed in the following paragraphs:

Firstly taking about the positive factors of moving, the biggest factor why people move from one place to other are the push factor which  are the short comings of your old place like the lack of employmentfacilities for the adults and fresher’s which is very necessary for the living, poor education facilities for children, lack of other opportunities. Another major pull factor which make the people attracted towards relocation is the expectation factor which attract people to new place, as the new place will help them lead a good life thereby increasing the standard of living of people and helping them lead a life they want and have always desired for. They are usually. There are these positive things for which moving is considered very necessary, people relocate or move considering the following factor in their mind like job opportunities, better stranded of living,  better education & better healthcare and more opportunities to achieve success in life, while some move for their job transferors.

Now talking about another aspect of the cons, that is the negative aspect of cross country moving or relocating. Nevertheless, the advantages of moving cannot be denied but it has some major downsides the primary one is the adjustment factor and the mental stress which people counter after the move. Few of these problems which people face when someone leave their home countryis that they are very attached to their previous places, that is the place where they have lived from their childhoods, leaving behind these old memories and leaving old friends is a great deal of fact for them as well as their families, it become quite difficult to leave your comfort zone and your people, your families, friends & id become difficult for some people to adjust mentally and physically to live and adjust in the new place as they do not know how to live without them .They have a mentally pressure on them for making their future bright and lead a successful life but before that they have to cross these barriers of stressful move which makes an impact on their mind, adjustment becomes quite difficult but things get better with time.

Moving brings different effects to lives of different people.  How you get it also depends widely on the selection of the moving company. The best moving company makes all the efforts to make your move a happy experience.