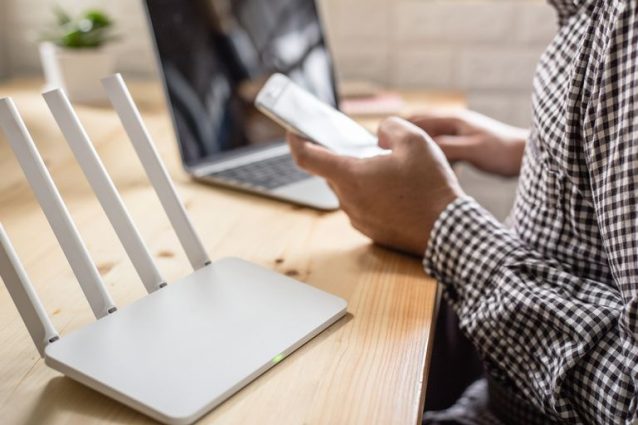 Router here, router there, changes of place, modifications in the configuration sooner or later we reach a point where normal resources are exhausted, and that damn corner of the house still has no WiFi signal . The first thing that comes to the rescue in these cases is the classic WiFi extender , which, while it has some natural limits, should be more than enough to increase the signal range.

Getting a good WiFi signal from a router should not be complicated but there are times when it simply is. Manufacturers can only anticipate to some extent the limitations that the router will have to deal with in a home, and that includes its construction. Some materials are more tolerant of WiFi signals, while others show no mercy.

Then there are simpler questions, such as dimensions. If the property is too long or wide, a router located at one end will have a rather difficult job ahead if the idea is to cover the entire surface. Even so, routers have a powerful ally in the form of WiFi extenders, also called repeaters. Many users prefer to use devices that take advantage of the electrical installation to extend an Ethernet signal , but our goal this time is to keep everything under a wireless profile.
There are many extender manufacturers such as the Netgear , Tp-Link , Belkin and the Linksys Extender. If you are looking for a WiFi extender , here are a few suggestions:

Let’s make room for another competitive alternative, this time from Netgear . The model WN3000RP-200PES (complicated name if any) presents a very important advantage in having external directional antennas . This affects its appearance a little, but whoever wants a little more precision when directing the signal, should take this into account.

Belkin’s turn comes with its WiFi repeater F9K1015AZ . The manufacturer is committed to a compact design, almost camouflaged in the voltage tap, and still reports that this small device can cover more than 400 additional square meters on its own. If you need to extend the 2.4 GHz band and maintain a certain “uniformity” in your outlet, this extender should help.

One of the best sellers online thanks to its price, the TP-LINK TL-WA854RE looks great on its role as an introductory WiFi extender. It has two internal antennas, works with protocols b, g, and n, and although it is limited to 2.4 GHz, its maximum speed reaches 300 megabits per second, depending on the original connection. It is very compact, and goes quite unnoticed.

Finally, we are going to double the budget with the Linksys RE4100W-EU . The main point to emphasize is that it is a dual-band repeater , that is, it works both in 2.4 and 5 GHz , something critical if the objective is to extend the signal “and” avoid interference from other networks. It also has an Ethernet port, so that it can function as an access point for a desktop system.

As you can see, most of the items on this list concentrate on extending 2.4 GHz networks, with a single option at 5 GHz. I decided to do this because WiFi extenders can get out of budget quickly , and any that is your final acquisition, the logical thing is to start from a good price-performance ratio. The setup part with extender.linksys.com is as easy as the piece of cake. To close, do not forget that there is the possibility of reusing an old router as a repeater , although that already depends on your hardware, and the options in the firmware . Good luck!

The RE4100W network repeater extends the area of ​wireless coverage by duplicating and redistributing the router signal to eliminate dead zones without coverage of the zones further away from home. Increase the coverage of your router for tablets, smartphones and computers. It also has Cross-band technology, that allows wireless bands to receive information in one band and transmit in the other after the linksys extender setup.