Google is always working to provide users with the best experienceand rank relevant pages on SERPS. Its ranking algorithm keeps changing over time. Many times each day, Google will introduce minor tweaks, but after some time (like once or twice in a month) it will implement more significant changes.

Google has no fixed rule or timeline for updating its algorithm. The algorithm updates target sites with poor backlinks or content. These updates affect millions of pages and can be challenging but with a pro SEO agency on your side you can keep up with them and remain profitable.

Organic search is a significant part of website performance. It is also a critical component of the buyer funnel and getting internet visitors to complete an engagement. Google is the largest owner of the search market, and that is why its SEO guidelines are considered most. Excellent SEO services will ensure better user experience, trust and credibility building, enhanced traffic and conversions, and customer engagement, among others.

Hiring the best SEO agency in Singapore can help you stay on top of the search rankings, even when Google implements algorithm updates.SEOs around the world meet on social media, news sites, and forums to discuss the Google algorithm updates and changes in SERPs. They combine their knowledge and data to collectively determine the volatility of the rankings at a given time. This helps them to identify and implement strategies that will keep their clients’ website on top of the rankings.

Here are the top 9 Google algorithm updates that have been implemented so far:

The Google Panda algorithm update was introduced in February 2011. It was implemented to reduce the rankings of low quality and poor websites. These are sites with obtrusive ads, poor content, and keyword stuffing.

This update also rewarded high-quality sites that publish unique and well researched relevant content with high rankings. The quality score implemented by Google on sites within its index began as a filter. Later on, in January 2016 it became an official ranking algorithm.

This update was rolled out on April 24, 2012. Google was focusing on devaluing webspam that cluttered SERPs. After discovering that some sites were buying links from other websites or participating in link networks, to artificially inflate their backlinks, Google immediately reduced their rankings. Some were even penalized by being removed from the SERPs. 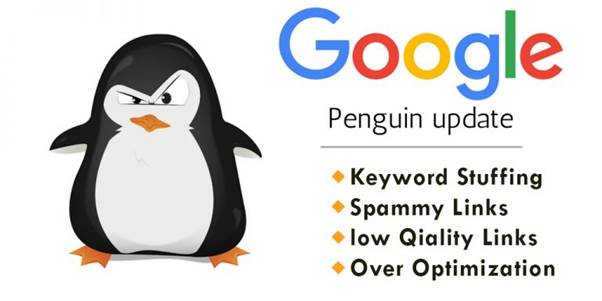 Currently, SEOs have to come up with new and creative ways of obtaining backlinks from renowned sites.

The Google pirate update was introduced in August 2012 as a filter. It was created to prevent websites with a lot of copyright infringement reports from ranking high in Google’s listings. Such sites appeared in Google’s DMCA system files.

This filter was updated periodically, and the affected websites would only be spared if they made necessary improvements as required. The filter would also trace sites that escaped Google’s eye before.

The hummingbird update pushed towards semantic search. That is why the current SERPs are more targeted to user-intent while web searchers are directed to specific pages. The hummingbird has also increased the frequency of the knowledge graph results that appear in the SERPs.

Google Pigeon update was launched on July 2014. It changed the local algorithm to include other ranking factors that are associated with the core algorithm.

During the update, the sites with more refined websites and a strong web presence saw an increase in rankings in the local results. Previously, these sites would suffer for lack of proximity to the web searcher. The changes made local search competitive, and Google continued to reward sites that offered the most value to searchers.

The mobilegeddon update was introduced in April 2015. This is because of the rise of mobile search behaviour from users. It was apparent that web design was changing and sites started to develop mobile-friendly websites. Responsive web design took charge of the internet space. Google had to change its algorithm to reward mobile-friendly sites.

The mobile update brought more mobile-friendly outcomes to the SERPs and increased app content display, allowing mobile users to use apps to redirect to sites.

This update assists Google to understand the meaning of a query in order to provide excellent matching results. Google penalizes web pages that are irrelevant for the given query. It also helps relevant webpages to rank high in search results.

Websites can optimize their content for relevance and comprehensiveness when they use competitive analysis tools.

Google Possum update was released on September 2016. Its objective was to ensure that local results will vary with the searcher’s location. 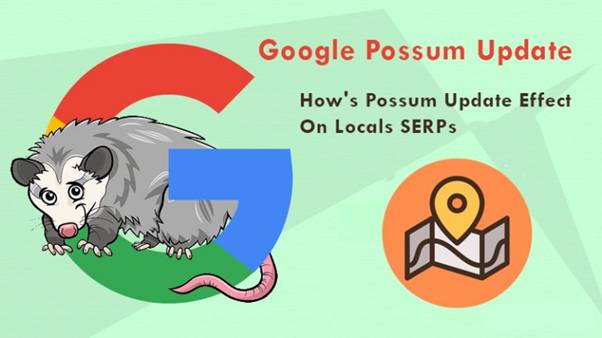 Google released the Fred update on March 2017. It was launched to penalize ad centered websites with heavy affiliate links and thin content. Those websites that violate the Google webmaster guidelines are penalized.

The affected websites should review the guidelines on Google search quality and stop publishing thin content. If a website relies on ads for revenue, they should ensure that the ads are placed on the pages that have quality content if they don’t want to be penalized.

The Fred update is the latest effort by Google to rid the SERPs of content with no value.

Conclusion : Google releases new updates from time to time to enhance user experience during their searches. Its objective is to promote the ranking of sites with relevant data and demote those with poor content. The updates help to filter and penalize issues of keyword stuffing, low-quality content, heavy affiliate content, duplicated content, and more.

This post is meant to leverage your algorithm knowledge and help you to audit and keep your site safe in Google search.